Colonoscopy is a procedure that enables the physician to perform a careful, thorough examination of the large intestine. A thin flexible tube is inserted into the rectum and advanced through the entire five to six foot length of colon. The examination can detect an abnormality present within the inner lining of the colon, such as a tumor or polyp, or an area of inflammation or infection.

Screening for colon cancer and rectal cancer is an important function of colonoscopy. Cancer of the large bowel, also referred to as colorectal cancer, usually develops from a benign precursor, a polyp. The detection and removal of colon polyps will reduce the chances of an individual developing colorectal cancer by 87-93%. In order to achieve this level of success in cancer prevention, colonoscopy should be performed in healthy individuals before the symptoms of bowel cancer are present.

Colonoscopy is also recommended for a number of other reasons. Rectal bleeding, iron-deficiency anemia, a recent change of bowel habits, abdominal pain, or persistent diarrhea are several of the more common symptons requiring colonoscopic examination. Individuals with an extended history ofulcerative colitis or Crohn’s disease, a personal history of colon polyps or cancer, or a family history of either polyps or cancer of the colon require periodic examination of the colon.

What are the Colon and Rectum?

Digestive waste enters the colon from the small intestine as a semisolid. As waste moves toward the anus, the colon removes moisture and forms stool. The rectum is about 6 inches long and connects the colon to the anus. Stool leaves the body through the anus. Muscles and nerves in the rectum and anus control bowel movements.

How to Prepare for Colonoscopy

The doctor usually provides written instructions about how to prepare for colonoscopy. The process is called a bowel prep. Generally, all solids must be emptied from the gastrointestinal tract by following a clear liquid diet for 1 to 3 days before the procedure. Patients should not drink beverages containing red or purple dye. Acceptable liquids include

A laxative is medicine that loosens stool and increases bowel movements. Laxatives are usually swallowed in pill form or as a powder dissolved in water. An enema is performed by flushing water, or sometimes a mild soap solution, into the anus using a special wash bottle.

Patients should inform the doctor of all medical conditions and any medications, vitamins, or supplements taken regularly, including

Driving is not permitted for 12 hours after colonoscopy to allow the sedative time to wear off. Before the appointment, patients should make plans for a ride home.

How is Colonoscopy Performed?

During colonoscopy, patients lie on their left side on an examination table. In most cases, a light sedative, and possibly pain medication, helps keep patients relaxed. Deeper sedation may be required in some cases. The doctor and medical staff monitor vital signs and attempt to make patients as comfortable as possible.

The doctor inserts a long, flexible, lighted tube called a colonoscope, or scope, into the anus and slowly guides it through the rectum and into the colon. The scope inflates the large intestine with carbon dioxide gas to give the doctor a better view. A small camera mounted on the scope transmits a video image from inside the large intestine to a computer screen, allowing the doctor to carefully examine the intestinal lining. The doctor may ask the patient to move periodically so the scope can be adjusted for better viewing.

Removal of Polyps and Biopsy

A doctor can remove growths, called polyps, during colonoscopy and later test them in a laboratory for signs of cancer. Polyps are common in adults and are usually harmless. However, most colorectal cancer begins as a polyp, so removing polyps early is an effective way to prevent cancer.

The doctor can also take samples from abnormal-looking tissues during colonoscopy. The procedure, called a biopsy, allows the doctor to later look at the tissue with a microscope for signs of disease.

Colonoscopy usually takes 30 to 60 minutes. Cramping or bloating may occur during the first hour after the procedure. The sedative takes time to completely wear off. Patients may need to remain at the clinic for 1 to 2 hours after the procedure. Full recovery is expected by the next day. Discharge instructions should be carefully read and followed.

Patients who develop any of these rare side effects should contact their doctor immediately:

At What Age Should Routine Colonoscopy Begin?

Routine colonoscopy to look for early signs of cancer should begin at age 50 for most people—earlier if there is a family history of colorectal cancer, a personal history of inflammatory bowel disease, or other risk factors. The doctor can advise patients about how often to get a colonoscopy.

What are the Possible Complications from Colonoscopy? 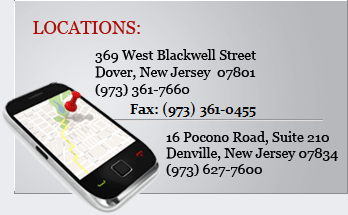 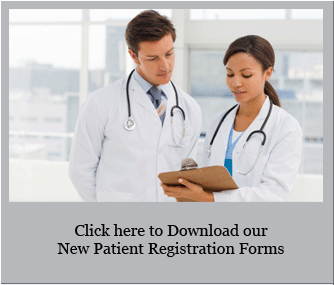